A “pretty little gin cocktail” with the creaminess of a Pina Colada, the Ramos Gin Fizz (originally called the New Orleans Fizz) was invented in 1888 and became so popular that it took on the name of its creator— Henry C. Ramos, an even-tempered temperance advocate, God-fearing preacher-bartender (the kind of multi-hyphenated character only a city like New Orleans could produce).

Cocktail historian Dale Degroff calls the gin fizz “a sparkling version of a sour,” and explains that the Ramos Gin Fizz was embellished with cream, milk, orange-flower water and most distinguished by the strenuous shaking required to render all that creaminess. To be sure, some recipes estimate a “good 2 to 10 minutes” while others place it much higher and exhaustingly upwards of that number.

According to legend, the cocktail became such a sensation in New Orleans that Ramos routinely employed at least 20 bartenders working solely on shaking the cocktail. According to Stanley Clisby Arthur in New Orleans Drinks and How to Mix ‘Em Ramos’s team “nearly shook their arms off, and were still unable to keep up with the demand.”

Alas, this was only the beginning of the tale. It would take another 20 years for the Ramos Gin Fizz to make a true splash.

The year was 1935 when a wildly bombastic Louisiana Senator Huey P. Long, known then as the Kingfish, was “politicking” against President Roosevelt’s New Deal and decided to use the Hotel New Yorker as backdrop for a publicity stunt.

That’s how The Hotel Roosevelt’s head bartender arrived from New Orleans with a cocktail shaker in hand to make a Ramos Gin Fizz for the Senator. Surrounded by journalists and friends, Long talked shop, “Now this here chap knows how to mix a Ramos Gin Fizz,” Long explained. And mix he did, as Long expounded to ever-growing crowd, contrasting the fine points of the fizz to the dull points of Roosevelt’s plan, calling the President “no good” and a “faker.” Point made. Fizz made.

So, there you have it—the mixology and mythology of the Ramos Gin Fizz and Huey P. Long, both testament to the fancy and hard work it takes to become a legend.

To experience hundreds of years of cocktail culture in an afternoon, reserve your complimentary tour today. 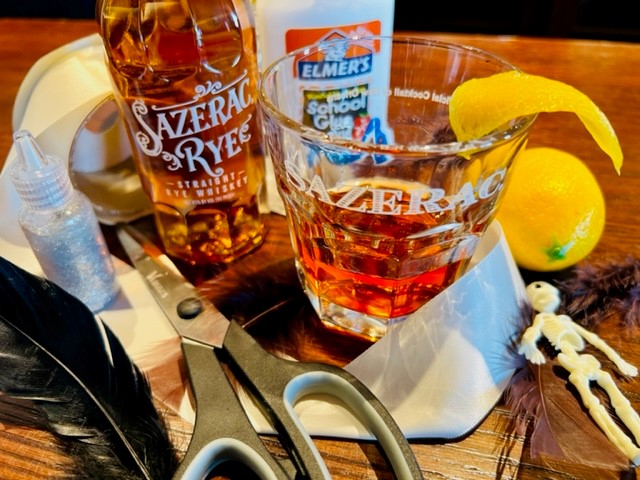 Here’s to classic cocktails — and those destined to be.